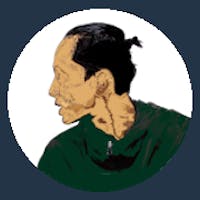 Subscribe to my newsletter and never miss my upcoming articles

If you clicked on this article, you're probably wondering whether you should use React native or Flutter to develop your mobile application. Well, you came to the right place because I'm going to finally answer that question for you.

If you're new to this blog, my name is Syazaril Asyraf and I love writing about tips, tricks and thoughts that emphasize to tech & biz.

Now, of course if you enjoyed it make sure to subscribe to my newsletter to stay update for my upcoming articles in the future.

React native and Flutter are two of the most popular cross-platform frameworks that are out today being used to build millions of applications every single day.

So, the question is which one do you want to use and which one is more beneficial for you?

Well, to put it simply there are several factors that we have to look at to come to a proper conclusion.

React native and Flutter come with a lot of similarities like building cross-platform apps using:

Those features are all implemented within those two frameworks but they do have a lot of differences and it's important to explore those before making a final choice.

To get started, we need to consider:

Jumping onto the subject of who developed React native and Flutter. Well, you might already know this but for those who don't they have been developed by the two biggest tech giants in the world one of them being Google which developed Flutter and the other one being React native which was developed by Facebook.

Now there isn't much to say about this I reckon most of you think that Google and Facebook are extremely great tech companies so at this point we can only say that React native and Flutter are both winners in this category.

Now onto framework popularity within the developer community and I think this is a very important one and probably a really good sign of what start to come in the future and what you should be looking into and trying to learn.

Now if you look at the Stack Overflow survey of 2020 many developers were asked what is the most loved framework and you can clearly see that flutter has won over React native. 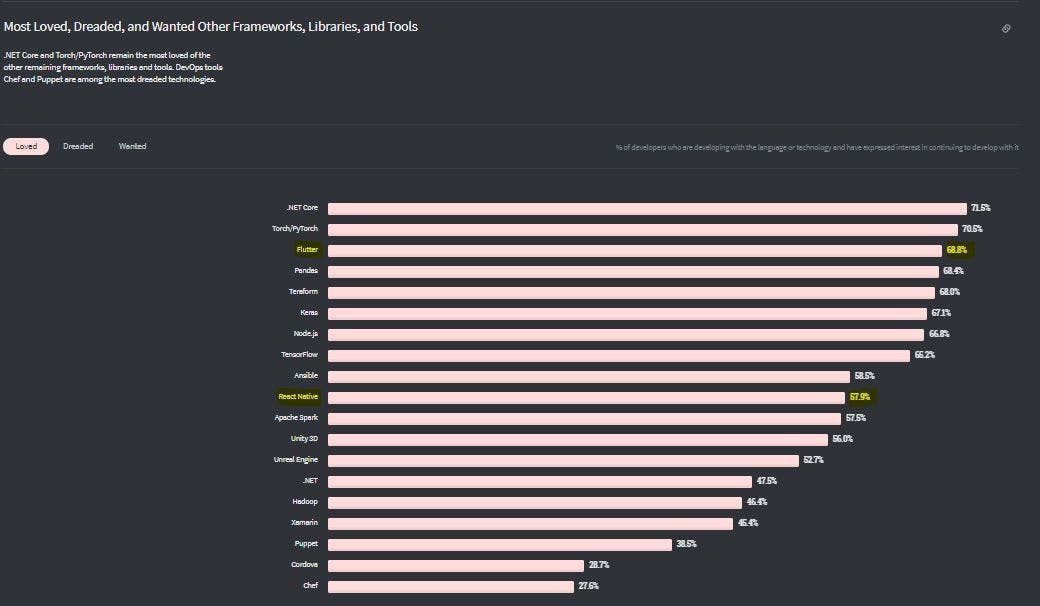 Just signifies that it has a strong future now we'll see next year when the 2021 Stack Overflow survey rankings come in how people's mind changed but to me the winner of this category when it comes to popularity is definitely Flutter.

Now let's talk about performance between React native and Flutter. Flutter uses dart and dart doesn't need to have this Javascript bridge like React native does to interact with its native components.

Actually, dart directly compiles to machine code which just tells us that it's so much faster than React native when it comes to performance applications I reckon in the future when we start to create much more intense software for mobile apps I think the fact of performance will be an extremely big criteria when it comes to decide between which framework you're going to use.

So, the winner of this category is most certainly Flutter.

What are the opportunities for employment?

Well, it's not just because React native is better. It's because React native have been out in the market for a substantially longer time than Flutter but if you actually look into how much of change Flutter is causing in the software developer market it seems like Flutter is starting to become an extremely big competitor and I reckon in about two or three years time Flutter might as well become something that's the new thing for mobile development but we don't know that yet and we have to go with what we already know and we can't start predicting things.

So, when it comes to picking a framework that will benefit you in finding a job in the industry of mobile development it will probably be React native.

There have been some surveys done by the Stack Overflow survey of 2020 asking people which one of these frameworks is the most wanted and the results spoke for himself.

At this point, what you should learn if you are really looking for a job then the winner of this category is React native but and a big BUT that might as well change in the future.

From my own perspective seeing how much attention Flutter is getting it seems like it might be a better choice for all those new people who are still at university wanting to learn something as a skill.

Again we're moving away from native development in iOS and Android and starting to embrace new technologies that are allowing us for cross-platform mobile development.

Now, the final question which framework should you use?

Now, with the way that Flutter is growing I would say that for the majority of people who are still at university thinking of computer science and thinking about mobile development then Flutter is something that should definitely learn.

When it comes to React native I think it's still going to be with us for many new years but I reckon as time moves on and new projects will come in - way more people will be using Flutter than React native to develop those mobile applications and purely because of the advantages that Flutter will offer in the future when it comes to performance but we also have to consider the fact that React native is written in JavaScript and I don't think dart will become one of the most popular languages in the world.

Now if you ask me for opinion like I said if you're still not in the industry not looking for a job right away and you have time to look into new language and to learn some new stuff I will definitely learn flutter but if you're someone who has already graduated and in the process of looking for a job or changing career to mobile development (with a basic knowledge of JavaScript) then I think you should stick with React native.

If you liked the article, do not feel hesitate to share it around 😬 Also, reach me @ Twitter with your opinions about this. Thank you for your time!